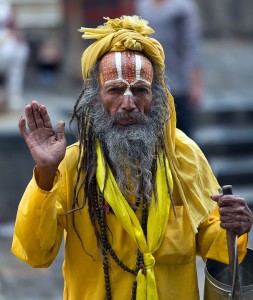 The business coaching world is full of gurus.

People standing up in front of audiences entertaining and charming their followers with their apparent wisdom and wit on the subject of business.

Why You Should Beware of Gurus in Business

I don’t have any gurus.

This wasn’t always the case.

I’ve been interested and even entranced by a number of success gurus in the past – although even then I still had my reservations about them at least to some extent.

But I no longer do this.

First of all, let me make clear that I’m not suggesting you don’t have any mentors or coaches. We can all learn from other people in business.

And we should learn. It’s by listening to and learning from other people that we can avoid making the mistakes others have made.

We can avoid “inventing the wheel twice”. We can avoid expending energy, time and money in pursuing dead ends.

And we can learn how best to make a success of our business activity in the shortest possible time.

What I’m talking about here is the practice some people fall into of almost single-mindedly following a personality, hanging onto their every word, believing everything they say.

One thing you invariably find when you join the training program of a so-called “guru” is that they will invariably tell you to “unsubscribe from everyone else”.

They may tell you the reason for this is so you can focus on their program without distraction. Or maybe also that it’s to “free up your inbox”.

This can be good business for the guru concerned. But the real reason they want you to unsubscribe is so they can monopolize your attention. So that you will listen to them and not to anyone else.

And of course this also helps to make the way free for them to sell their products and services to you without interference or messages from others.

There’s an obvious danger in this. And not just in the sense of finding yourself being spammed or upselled to by a guru who piles more and ever higher priced “products” onto you.

The other most insidious aspect to this is that too many people then shut down their own thinking. They become intolerant towards anyone who dismisses or even just criticizes their own particular adopted guru. It becomes a personality cult.

I think it’s a big mistake for anyone to be put on a pedestal by other people. Whether in politics, business, religion, or any other activity. And especially on the Web.

Regarding a person as a “guru” means you are placing too much trust and belief in one person. That’s never a good thing. It’s not healthy nor wise.

You can always learn from more than one person.

A few examples from my own situation. When I started out in online business, I used to follow a number of different people. One of the first was Steve Pavlina, the American personal development blogger and coach.

I found a lot of good practical sense in Steve Pavlina’s podcasts and articles. But some of his views I found a little too woo-woo or even wacky for my taste. Things such as law of attraction, polyphasic sleep patterns and so on which I’m not a fan of – and I wasn’t prepared to swallow it.

Another person I learned a great deal from was Australian Internet Marketer Ed Dale. I followed his Challenge course and listened to a number of his talks. But I realized a lot of the attraction of Ed Dale for many people also had to do with personality, stage showmanship and gift of the gab.

I also followed another Australian digital marketer called James Schramko. I belonged to his online coaching group and I learned a great deal in this way. James Schramko is someone I consider to be well grounded, with a solid background in offline sales and a good understanding of online marketing as well. But even he does not have any monopoly on online business or entrepreneurial wisdom.

None of these people has a monopoly on know-how or wisdom on Internet Marketing, entrepreneurship, or anything else. No one knows everything. Not me, nor anyone else. I don’t care who it is or how “great” or “respected” the guru is.

I consider that I know more about some things – and can do them better, than any of these people. I do not necessarily consider the way they do business to be the right one in every aspect. That’s just the way it is.

The fact is that cutting yourself off from the accumulated experience and know-how of more than one person is never wise. In fact, I’d say it’s pretty well damn foolish.

It always makes good sense for us to be open to the knowledge of more than one person.

Not least also because everyone is susceptible to error – especially in the constantly changing area of online marketing.

A lot of these stage presenter gurus are also good performers. It’s all about the act, the show, and the marketing razamatazz. This is another reason I am wary of success gurus.

Never fall for the spiel from on-stage business showmen.

Don’t Be Afraid To Think For Yourself

Another reason not to make anyone into a “guru” is because you should always strive to think for yourself.

You might need the support and guidance of another person for a while. That’s fine and it makes good sense. But this should never be more than temporary. It should be considered as a scaffolding, not as a permanent fixture. One day you have to wean yourself off the baby bottle and you have to graduate.

This is also why I am opposed to many of these open-ended monthly “continuity” membership programs offered by the passive income crew who peddle the idea of passive income online.

It’s as if people are afraid to swim for themselves. They feel they have to have a swimming ring around them the whole time and so they keep subscribing to these programs long after they should have quit.

There seem to be more of these programs around in the digital or online business sector than there are in the traditional bricks and mortar business world.

Maybe it’s because the passive income “make money online” message that’s promoted appeals to people who like the idea of the quick and easy buck, but who are not that suited to entrepreneurship or running their own business in the first place – neither online nor offline.

My advice: Never shut down alternative sources of knowledge or information to just listen to one person. That’s what dubious religious cults try to get their followers to do.

Listen to and compare multiple sources. Don’t fall for the “unsubscribe from all the others” trick.

And practice thinking for yourself more. Have confidence in your ability.

Recall the times when you have made the right decisions.

Recognize that no-one has a monopoly on the theory and practice of success. Your own opinions and experience can be just as valid as any one else’s – and quite possibly more valid.

So keep yourself grounded at all times. Find a mentor or a coach – but don’t seek a guru.

And don’t make anyone into a guru either.

CC0 Public Domain Free for commercial use No attribution required