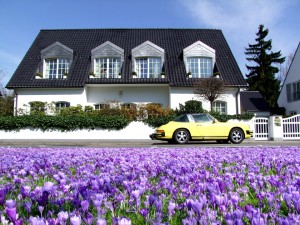 I was reading a post on Tim Ferris’s The Four Hour Work Week that talked about “the pain of the four hour work week” and the “negatives of success”.

In other words, how your success can cause problems for you with others.

How To Handle Your Business Success

The writer was talking about how he is making a good living while  appearing to do relatively little for it from the viewpoint of others.

He’s also finding it hard to talk to the people around him about his success. They either become jealous, critical or else don’t believe it.

It’s a problem I’ve also encountered. I used to be an employee plodding along with an average modest salary.

Then when I set up in business I was suddenly earning much more than my old salary.

My earnings continued to increase over the following years. Mostly I kept quiet about this, but on a few occasions I did talk about it with others.

It’s Human Nature To Be Jealous

What I found surprising was that I got very little praise from people for my success.

Instead I mostly met with jealousy, criticism, censure and in some cases even hostility. Sometimes there would also be political remarks like “they ought to increase taxes for high earners and business people”.

And so on. It got pretty tedious and it wasn’t pleasant. It even led to the ending of some friendships.

Fact is, this is what you’ll most likely experience when you come to enjoy financial success with your business.

Those of us who run businesses, especially businesses that are e-commerce based, face a number of challenges when dealing with the responses of other people.

There’s a fashion among some internet marketers and bloggers right now to put up “monthly income reports” on their websites or blogs.

I know these bloggers do it partly for reasons of “social proof” and because they think it makes them “transparent” but I regard it as misguided and foolish. It’s not normal business practice by any stretch. I also always can’t help wondering if they are open and forthcoming with their “monthly income reports” that they send to the tax office!

Attitudes of People Towards Online Business Can Be Negative

It’s not just the income. There are other aspects of online entrepreneurship that can lead to problems with others.

The online lifestyle, such as the freedom from 9 to 5, not having to work in a conventional office, being location independent and so on. These are things that are out of reach for many people.

Another thing is that many members of the public still have a critical attitude towards are people who earn their living online. It’s a relatively new concept and the average person does not understand it. Thus all sorts of beliefs and myths circulate.

As a result many have the opinion that income derived from the Web is money earned “without effort”. The promotional material and sales methods of many Internet training courses often help to promote this impression.

Some people think e-commerce is “easy commerce”. Easy money tends to be regarded as unjust or unfair. If one person is receiving “easy money” and another isn’t, then that’s unfair and must be stopped.

I think this attitude is strongest in Europe where social democratic ideas of equality and suppressing entrepreneurship are more widespread than in the US.

The Web is seen as the Wild West of business, where dubious practices, spam, short-changing and short-circuiting are assumed to be commonplace.

For most online businesses this is untrue. And new online start-ups work far more than a “four hour week”. Revenue never falls from the sky. If only it did.

But many people still have these false impressions. I’ve encountered them myself so I know how real these attitudes are.

It’s not just friends and acquaintances who hold these views. It’s possible that it will extend to members of your family.

This makes it doubly important to tread with caution. From my experience I find it’s best to keep quiet about your success.

So here are some tips for how to handle your business success.

If you start boasting about “how much money” you make for “so little effort” by means of a medium that people don’t understand and which for many still has a Wild West disreputable aura about it, then you can be heading friction with people. Don’t be surprised if this backfires on you sooner or later.

The last thing we should do is to fuel the mistaken impression of “easy money” any further.

Like it or not, jealousy is a natural human trait. People guard their positions and they compare them with those around them. Even if they say they don’t. If they perceive that one person seems to have what they view as an “unfair” advantage, the result will be friction.

Sooner or later, they may start to agitate against it and against you. This “agitation” can even go all the way to political agitation: demands for higher taxes, insurance levies, regulation and controls.

In any case, outside of fairy stories, money never comes easy. Anyone who thinks this is a fool. So don’t encourage this misbelief.

Don’t be drawn into the details of the internal affairs and workings of your business.

Be wary of discussing your business with left-wing types. I’m not trashing left-wing politics – or any politics, but it’s a fact that left-wingers tend to be hostile to entrepreneurs and there’s no mileage to be made with them on this. So don’t waste time or effort looking for it.

No good comes from such discussions. I’ve made this mistake myself in the past – and I’ve always regretted it.

It might be difficult to keep the details of all your niches confidential, but you should beware of discussing your niches too openly with other entrepreneurs. Be careful also on forums and blogs.

One of the key aspects of the Internet and e-commerce is the ease with which people can enter niches and compete. This is the reason why some Internet marketers work “underground”.

And in case you’re wondering, by underground I mean in relation to the rest of the internet marketing sector, not the tax authorities.

4. Don’t flash your lifestyle around

There’s also the issue of the lifestyle that comes with being an online entrepreneur. Just as with income, this is a potential source of jealousy and friction.

Many people don’t like to be confronted with the idea that others are able to live in a way that they can’t manage to do. So it’s best not to rub the facts into other people’s noses.

It’s the old maxim: if you can afford to buy an extremely flash car – don’t. Or if you must have one, at least keep it in the garage when you aren’t driving it. Better still, drive something more modest.

5. Don’t disclose details of your revenue or income

Don’t start making details of your income public. If you are running a limited company, then your annual accounts will be filed with the authorities and accessible to the general public if they really want to look them up.

But there’s no need to plaster the details right across your website or blog under the nose of your audience. No good comes from revealing your revenue or income to others.

Just keep low key and you’ll be able to avoid most of the hassle.

Living in Bangkok
How To Declutter Your Home