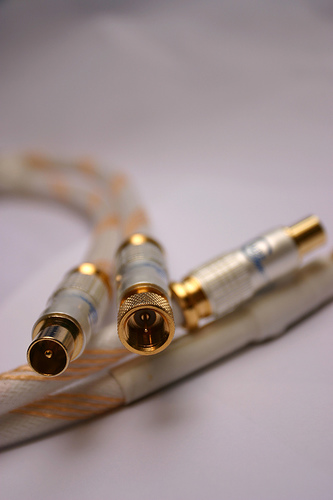 The other day I did something radical.

I cut the cord and quit cable TV.

The TV channels are now blocked from coming in to my home.

I haven’t been a big fan of TV for some time.

Other than when I was a kid, I’ve never watched much TV.

Nowadays I only use my TV screen to watch stuff I stream or download from the Web.

I don’t have DVDs any more. I got rid of my DVD player and gave away or threw out my DVDs.

Then I took the latest step, the final frontier: I got rid of channel TV completely.

It was the experience I had at a friend’s place that sealed the decision for me.

The TV set was switched to some commercial channel and it was seeing the endless stream of rubbish being sent out that made my mind up.

The “reality” drivel.  Endless “talk shows” with some loud-mouthed, overpaid oaf sitting at a heavy oak desk with an audience of egg-heads looking on.

Then there’s all the “news” they broadcast.

I have no wish to watch some twit in a suit reading from an autocue and telling me his version of what he thinks, or rather his TV corporation thinks, is the “news” of the day.

News that’s mostly just a stream of negativity. That’s something we can do without.

The continual analysis of financial, economic, political events throughout the world that is just overkill for most of us.  It has little relevance to our own daily lives. And it creates a distorted vision of countries, regions and peoples.

The quality of TV is better in Europe with stronger public television than North America.

But even in Europe, the standard leaves much to be desired. It’s basically all just brain-wash for the nine-to-five way of life. Living your life through your TV set.

So I don’t have any cable TV – or satellite TV, any more.

Channel TV is a thing of the past. It’s “push” media rather than “pull”.

The traditional established TV corporations haven’t yet fully noticed or accepted it, but the world of media has changed.

Many people are no longer prepared to tolerate and soak up whatever the old TV channels see fit to pump into our homes.

People much prefer to go out and select what they want to watch and watch it when they want. And how they want. Be it on a laptop, a tablet, a smartphone, or on a large screen. In this model, old style channel TV is obsolete.

For me, pretty well my only source of “TV” now is YouTube.

TV only comes via cable where I live  – apart from if you have satellite, which I don’t. There’s no antenna transmitted TV any more, so silencing the TV channels couldn’t be easier.

So that’s what I did. As of now I’m also one of the fast-growing numbers of  “cable-cutters”.

How about you? Have you tried cable-cutting and living without channel TV? If so, how do you find it?

If you haven’t, then not give it a try?

Make this the year you quit the TV habit!
Image courtesy of Wellwin Kwok

One Response to Cut The Cord And Quit Cable TV